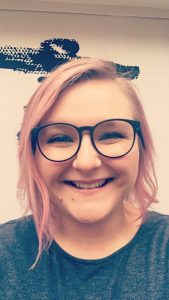 View all of Jessica's posts on Platypus: The CASTAC Blog.

Eyes in/on/for Hong Kong  At the Hong Kong airport, thousands of protesters line the arrivals hall. Creating a corridor for passengers to walk through, they stand silently, using their right hand to cover their right eye. The silence is occasionally perforated by calls of “Hāng Góng Gā Yáu!” and “Xiāng Gang Jīa Yóu 香港加油 – “Hong Kong Add Oil”— expressions of solidarity and encouragement that have become fuel for protests that have been ongoing and lively since March. Jingcha Huan Yan 警察還眼 – or, “police: return the eye” – has become a rallying cry of the movement following a police shooting of a young woman in the eye in Tsim Sha Tsui 尖沙嘴. Protesters ritually cover their right eyes or patch them shut with bloodied bandages. Others change their social media profile picture to an artistic rendering of a woman with an eyepatch. Twitter hashtag campaigns such as #Eye4HK have gained international traction, with people all over the world uploading selfies with one eye covered. Through this solidarity, they express support for eyes in Hong Kong – and their visions of a self-determined future – that are currently under curtail. In the months leading up to the protests, the introduction of an extradition bill that would allow residents of Hong Kong to be extradited to the Chinese mainland led to strikes and nearly a quarter of Hong Kong’s citizenry taking to the streets. Carrying umbrellas, the symbol of a 2014 movement in response to China’s mandate that local candidates in (more...)