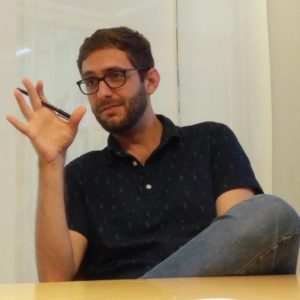 Evan P. Conaway is a PhD student in the Department of Anthropology at the University of California, Irvine. His dissertation work examines how servers shape the way gamers experience place. Currently, he is exploring how gamers are using servers to preserve, memorialize, and restore virtual worlds, asking how virtual space is maintained and reproduced in relation to the material technologies that create it and what politics are embedded in present-day efforts to engage with the pasts of online game worlds.

View all of Evan's posts on Platypus, The CASTAC Blog.

“It’s amazing to think those little circuits that we can carry around were an entire world to us.” –Diana*, interviewee “We might say that this capacity of objects to serve as traces of authentic experience is, in fact, exemplified by the souvenir.” –Susan Stewart, On Longing: Narratives of the miniature, the gigantic, the souvenir, the collection (1984) In 2011, just seven years after the birth of World of Warcraft (WoW), the game’s development company decided to implement some major changes to their server architecture. Rather than disposing of the decommissioned server hardware that had helped run the game world since the beginning, they auctioned it off for charity. For long-time players of WoW, these pieces of server hardware hold value because they are pieces of the virtual game world that hold spatial memory. WoW players have historically viewed servers as persistent and discrete places, places where players played together, formed (read more...)

Do We Inherit Abandoned Game Worlds?

When you’re playing an online game and it gets shut down, typically a message flashes on the screen that says something like: “You have been disconnected from the server.” This very message indicates that it is not just “the game” per se that you’ve been disconnected from. What is “the game” after all? In reality, players are connected to a shared version of a virtual world thanks to the workings of servers, those digital devices that make up the backbone of the internet and of virtual worlds, like Second Life and World of Warcraft. When a virtual world dies, when it’s “turned off,” the player is no longer accessing the same server as their friends. In fact, they’re not accessing any server at all. When the server is turned off, the game world is popularly said to have been abandoned—its software becomes referred to as “abandonware.” And just like that, (read more...)

Editor’s Note: This is the third post in our Law in Computation series. When we play an online game like World of Warcraft, where are we? This is not just a metaphysical question—are we in the fantasy world of Azeroth or in front of our computers—but a legal one as well. And there are multiple answers to that legal question. We might take a look at the space of intellectual property at the level of code and creation, whether corporate or by the players. There is also the space of law within the game, of the rules and norms guiding play (De Zwart and Humphreys 2014). What I’m concerned with here, though, are the servers, located in physical places, that connect players through infrastructures of connection whose worlds are sometimes disconnected by proprietary and computational decisions of game world owners. Servers keep online games alive. When online gamers talk about a (read more...)