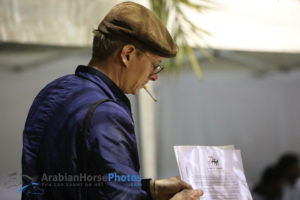 After studying Social Anthropology and Middle East Studies at the University of Leipzig from 2004–2011, he was a research assistant at the Research Lab "Transformations of Life" of the a.r.t.e.s. Graduate School for the Humanities Cologne from 2014 - 2018. Since 2018 he is working at the Department of Social and Cultural Anthropology at the University of Cologne. In 2020, Christoph successfully finished his doctoral thesis on "Decolonizing the Arabian Horse - The Breeding, Circulation and Certification of the Straight Egyptian Arabian in the 21st Century". Currently, he is developing a postdoctoral project on Liminal Infrastructures and Mediterranean Crises from a Critical Zone's perspective.

View all of Christoph's posts on Platypus, The CASTAC Blog.

Editor’s Note: The new Platypus Thematic Series entitled “Data Swarms Revisited” will feature posts form computer science, philosophy and anthropology and connect to the Thematic Series Anthropos Tomorrow: Transhumanism and Anthropology inaugurated by Jon Bialecki and Ian Lowrie on Platypus in 2017. The posts will deal with overarching questions of the so-called “human condition” in times of accelerated computation, digitalization and technological infrastructures. Herein, the figuration of the Data Swarm serves as a playful and slightly ironic approximation to the threats and promises embedded in these on-going controversies. Part of the Data Swarms Series are: Human as the Ultimate Authority in Control by Anna Lukina Angelology and Technoscience by Massimiliano Simons Multiple Modes of Being Human by Johannes Schick Swarming Syphilis: On the Reality of Data by Eduardo Zanella On Drones and Ectoplasms: Breath of Gaia by Angeliki Malakasioti Fetishes or Cyborgs? Religion as technology in the Afro-Atlantic space by (read more...)