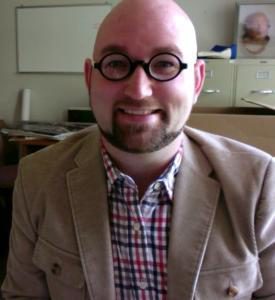 Bryce Peake is a media anthropologist, and an Assistant Professor of Media & Communication Studies at the University of Maryland, Baltimore County (UMBC). His research focuses on the ways political actors' somatic experiences are structured by the gendered and racialized histories of media technosciences. Bryce is currently completing a monograph about masculinity and colonial media sciences in the British Mediterranean, and has begun comparative ethnographic work in the US, UK, Malta, and Gibraltar on the somatic experiences of white nationalist infopolitics in the moments of Trump and Brexit. His work has been published in Cultural Studies, Communication & Critical Cultural Studies, and Ada: A Journal of Gender, New Media, and Technology.

View all of Bryce's posts on Platypus, The CASTAC Blog.

One of the fascinating things about FAKE NEWS and the attendant debate about bias, lying, facts and information is the incredible relevance of so-called “classic” anthropology in our current moment. For my money, Levi-Strauss has been particularly important for my ethnographic work with the highly combustible rhetoric and action of the American Right. For the past two years, I’ve been doing ethnographic fieldwork with Trump supporters, specifically white nationalists, but also everyday individuals with different investments in Trump as a symbol and idea concretized into a body. As anthropologists (and other assorted ethnographers) comment on the political milieu in the US, I have been shocked by the shallow, simplified assumptions about how the Right operates. “Ideology” is such an unsatisfying shorthand, which assumes so much. Here, I’d like to take off from Andria Timmer’s post over at Savage Minds about who  George Soros, the Right’s favorite punching bag, actually is. Here, (read more...)

In fall 2014, I began building Tinn, a health data tracking application for people living with tinnitus. I approached building Tinn as an opportunity to explore what a socially conscious, feminist, and anti-colonial process for developing mobile applications might look like. The idea of pairing design, building, and anthropology is hardly all that innovative; “design anthropology,” a subfield of cultural anthropology focused on empirical studies of use cultures, has been around since the 1980’s (at least). What sets Tinn apart, however, is my commitment to working with communities of color in Portland, OR, that have been alienated by and from the technology and application development industry because of intersecting and juxtaposed systems of gender, racial, and access inequality. Perhaps one of the central epistemic problematics for the project, then, can be posed as a question: Can we decolonize design anthropology, and to what success ordegree? What might this entail? Screenshot of the title deck for (read more...)