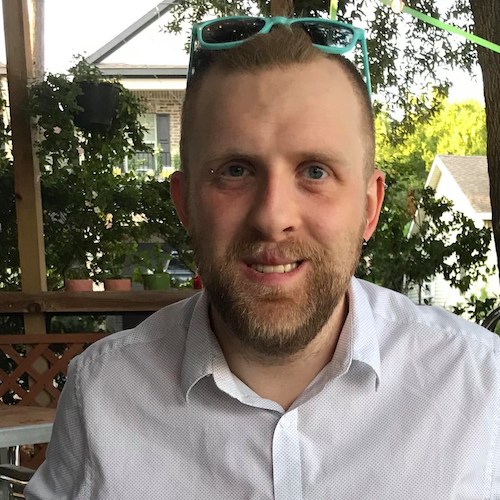 I am currently a Postdoctoral Teaching Fellow in Rice University’s Program in Writing and Communication. I received my PhD in sociocultural anthropology from Rice University in May 2021. My current research, “The Archive of the Self: Trans Self-Making and Social Media in Santiago de Chile argues that online Chilean trans subjectivities and social media archives are dialectically related; that is these subjectivities are shaped by—and also shape—interactions with the social media content of others, which in turn leads to changes in both on- and offline gender expression and identity. Furthermore, I argue that social media constitutes a space of innovation on pre-existing forms of narrative resistance dating back to Chile’s military dictatorship (1973-1990), in which individual and group memory-work became a salient form of resistance. I am also beginning work on a new project that explores the shifting politics of race in today’s Chile, through the lens of the largely unmarked category of whiteness and its intersections with class and gender. I am also passionate about public scholarship, and am working on several projects at the moment. I am currently the Public Scholarship Fellow for the New York Academy of Sciences Anthropology Division. I also recently completed a fellowship with Cool Anthropology, where I designed anthropological content for a variety of audiences. Additionally, I am in the final stages of a collaborative project with several of my interlocutors and Chilean photographer Karina Fuenzalida, an interactive web portal (de) les Trans, a public humanities project that questions the primacy of the photographic and ethnographic gazes in telling trans stories by centering autobiographical contributions from each participant. (Premiering fall 2022!)

View all of Baird's posts on Platypus, The CASTAC Blog.

In this episode, Platypod presents a conversation between Baird Campbell (Rice University) and Ilana Gershon (Indiana University Bloomington). They discuss the politics of connection and disconnection via social media in Chile and the US. (more…) (read more...)

Tomorrow, November 20th, the world will commemorate Transgender Day of Remembrance, a day to collectively mourn and remember those who have died as a result of transphobia. Started in 1999 by US trans woman Gwendolyn Ann Smith, Transgender Day of Remembrance is now observed in countries around the world, including my primary field site, Chile. In this post, I explore how social media might be understood as a technology of memorialization and mourning, especially for marginalized groups. Inspired by informal roadside shrines called animitas, popular in Chile and elsewhere in Latin America, I propose the ‘networked animita’ as a useful analytic for understanding trans remembrance online. I do so through an exploration of the digital afterlife of Chilean trans activist, educator, interlocutor, and friend Mara Rita Villaroel Oñate. (more…) (read more...)

In the context of the upcoming US presidential election and increasing evidence of the importance of voting infrastructure, this week we revisit past posts that highlight the key role STS must play in these conversations. (more…) (read more...)