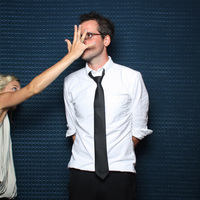 I am a PhD candidate and Adjunct Lecturer at the City University of New York (CUNY). My research centers on the material culture of knowledge production, specifically the intersection of quantification and vulnerability. I have conducted fieldwork in the Orkney Islands, Iceland, the Aeolian Islands, and New York City. I am a frequent collaborator with artists and curators, with some such manifestations appearing in the Queens Museum and Radiator Gallery.

View all of Scott W's posts on Platypus, The CASTAC Blog.

40: Quarantine & The Origins of Computation

Quarantine is a number. Quarantine was the name given to the strategy of isolating potentially harmful populations for forty days in an effort to impede potential dangers. Deriving from the Italian word for forty (quaranta), alongside quarantines there existed the trentine (thirty) and sessantine (sixty), each defined by the number of days of mandated isolation. The word took its meaning following the Black Death and subsequent waves of plague. It was first legally enforced in Ragusa (Dubrovnik today) in 1377. Today, especially at this precise moment, quarantine is rather estranged from this history. (more…) (read more...)

The Memory of Fire: Burning Backwards into the Future

Fire breathes oxygen. Fire consumes organic material. Fire ages and dies. Fire runs, jumps, and simmers. Fire responds differentially to external irritants. Fire has moods. Among many of its seeming affinities with metabolizing life, fire also has an excellent, perhaps perfect, memory. As such, wildfires have one inviolable rule: never backtrack. Fire never goes backwards, never rewinds. Because of this stubborn refusal one of the most successful and widely practiced approaches to halting the progress of wildfires is to pre-burn swaths of land toward which a fire is raging. Once fire comes upon a burnt landscape it cannot proceed, it starves to death. When employed indirectly to create a control line, this strategy is called burnout. However, this strategy can also be employed to directly attack a fire by igniting a blaze and propelling it into the path of a wildfire. This is called backburning. Conclusively, you can fight fire (read more...)

Neolithic Plumbing: The Landscape is a Machine

Water is, among its many attributes, fluid. Left to its own devices it runs, spills, flows, leaks, crashes, and splashes. Holding H2O still is nearly impossible above 0°C. An ambitious enough goal in water management is containment and, if lucky, control. Mastery over the whims of water is of paramount concern today across a number of socio-environmental spheres—coasts flood, deserts desiccate, Flint contaminates, and California incinerates. The various infrastructural and political hydrology problems posed by Anthropocene conditions have inspired a number of technocratic and neoliberal solutions (e.g., the $118 billion storm surge gates in New York or monetization of dehydration in Africa). A brief look at archaic relationships between water and society, however, suggests conceptual alternatives to such high-energy and high-cost survival designs. Two such examples are examined below: the gravitational plumbing at the Neolithic* site of Smerquoy in the Orkney Islands and the Persian yakhchāl, a pre-Alexandrian ‘icebox’. These (read more...)