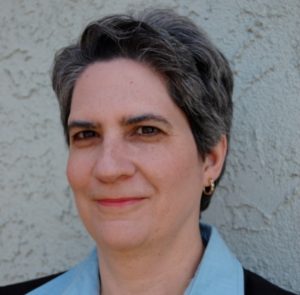 Patricia G. Lange is an anthropologist studying use of video to express the self and civically engage. She is Associate Professor and Chair of Critical Studies (undergraduate program) and Associate Professor of Visual & Critical Studies (graduate program) at California College of the Arts (San Francisco, California). She is the recipient of the Franklyn S. Haiman Award (2020) for Distinguished Scholarship in Freedom of Expression for her book, Thanks for Watching: An Anthropological Study of Video Sharing on YouTube (University Press of Colorado, 2019), awarded by the National Communication Association. She is also the author of Kids on YouTube: Technical Identities and Digital Literacies (Routledge, 2014), and director of the film Hey Watch This! Sharing the Self Through Media (2020) [Available on Vimeo] which engages with enduring and philosophical questions about our use of media in an increasingly complex mediascape. Her CCA bio may be found at: https://portal.cca.edu/people/plange/ and her website is: http://www.patriciaglange.org.

View all of Patricia G.'s posts on Platypus, The CASTAC Blog.

During this most spooky time of year, it is apropos to explore our transmogrification into posthumanity—a concept that instills fear in the hearts of many scholars, including many anthropologists, who are especially afraid that exploring this terrain precipitates the end of their discipline. For humanities studies scholar Rosi Braidotti (2013: 5), there is an “undeniably gloomy connotation to the posthuman condition, especially in relation to genealogies of critical thought.” In her view, our lack of theorization of posthuman subjectivity has brought us into a “zombified landscape of repetition without difference and lingering melancholia” (Braidotti 2013: 5). To be honest, I share numerous concerns about posthumanist claims and their implications. However, whether widespread posthuman-phobia is warranted remains to be explored. (more…) (read more...)

This week, the CASTAC community received the sad news that Professor David Hakken had passed away. Hakken was Director of the Social Informatics Program at The University of Indiana. Trained as an anthropologist, Hakken conducted research at the intersection of ethnography and cyberspace. He was concerned about how digital technologies and culture are continually co-constructive. His prolific career included publication of a recent book co-authored with Maurizio Teli and Barbara Andrews entitled, Beyond Capital: Values, Commons, Computing, and the Search for a Viable Future (Routledge, 2015). Hakken presciently focused on critical areas emerging at the intersection of digital anthropology and science and technology studies. The outpouring on social media from his colleagues and former students has been truly touching and shows the depth of his impact on the community. Hakken was a principal founding member of CASTAC. As a pioneer in anthropological studies of computing in the early 1990s, Hakken (read more...)

Farewell (But Not Good-Bye)!

When Jennifer Cool, Jordan Kraemer and I co-founded this blog we began on a web page and a prayer, or if you prefer, an incantation. Drawing on an “if you build it, they will come” inspiration, we felt that starting a blog would be a great way to encourage more conversation about science and technology studies. As members of CASTAC, the Committee on the Anthropology of Science, Technology and Computing, we felt excited about the organization’s goals, and we sought ways to connect to the other members of the group who chose to hang their hat in this corner of the American Anthropological Association. We launched with a “start-up” mentality in which content was king. Our goal was to bring in guest authors while also sharing our work. Our initial goals were modest: as long as we could consistently put up one interesting post per week, we were happy. I (read more...)