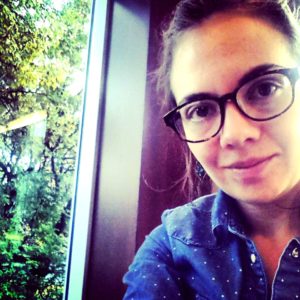 Lina Pinto García (@linabeatri) is a PhD Candidate in Science and Technology Studies at York University (Toronto, Canada) and member of the Centre for Imaginative Ethnography (CIE). Her research interrogates the relationship between biomedicine, vector-borne diseases, warfare and peace in Colombia (www.linapintogarcia.com). As a contributing editor at Platypus, she focuses on topics related to healthcare, biomedical research, non-humans, state ethnography, warfare and violence, and art-based ethnographic methodologies, with a particular interest in Latin America.

View all of Lina's posts on Platypus, The CASTAC Blog.

Stories of war and violence have permeated the daily life of Colombians for more than half a century. However, in the last decade, the voices and narratives about the armed conflict have diversified and expanded significantly. This is mainly due to the institutionalization of remembrance processes, civil society initiatives, and the opportunities opened up by the peace negotiations between the Colombian government and the Revolutionary Armed Forces of Colombia (FARC). Although these actions still fall short of the effort needed for a fuller reconciliation, they have introduced, little by little, profound changes in the ways in which society and the state remember the war, understand the armed conflict, recognize their victims, and seek to transform the past and present of violence. (more…) (read more...)