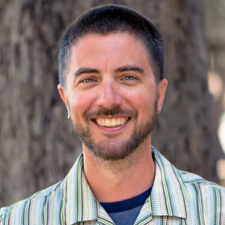 Research, Outreach, and Assessment Specialist, Climate Assessment for the Southwest

My work focuses on risk, resilience/vulnerability, and disaster within the context of the built environment (including energy systems infrastructure). My current focus is on climate and environmental risks in the arid Southwest, while previous work focused on hurricanes and disaster on the U.S. Gulf Coast.

View all of Ben's posts on Platypus, The CASTAC Blog.

Harvey, Vulnerability, and Resilience in Context on the Gulf Coast

There has been no shortage of rapid assessments in the wake of Harvey, many of which point to endemic vulnerabilities embedded within US gulf coast communities (risk of hurricanes, large at-risk populations and critical infrastructure, the role of a changing climate, energy infrastructure, vulnerable petrochemical processing plants, etc.). Harvey’s impacts have also led to a “rediscovery” of past reporting and analysis that foreshadowed many of the hurricane’s more devastating outcomes. (e.g. ProPublica’s series on Houston flood risk, (lack of) zoning, and rapid development in the Houston area). They have also shifted media coverage to heavily emphasize context in Houston and Texas gulf coast (e.g. the Washington Post article on Houston’s “Wild West” growth and expansion). On top of rapid urban growth and development in flood prone areas, the stochasticity of weather and the persistent trend of a changing climate also played key roles in how Harvey unfolded (and continues to (read more...)

What if both lines go down? Embedded vulnerability in the U.S. Southwest electrical grid

The climate of the Southwest can be extreme: summer heat that borders on suffocating, and a persistent aridity only alleviated by the violent monsoon storms of late summer. In light of these extremes, built environmental systems form the backbone of regional resilience for the Southwest. Water storage and delivery systems distribute water to otherwise dry areas, and a utility grid powers interior climate control and regional water pumping systems. Yet this resilience sits in precarious balance: if these systems are disrupted, damaged, or rendered inoperable, they lose their protective effect. In design and practice, they contribute to regional resilience, but in theory, they can also amplify vulnerability and the potential for disaster if they falter, given the reliance on these systems to cope with, and thrive in, a hostile environment. The fire season of 2011 highlights one such example. (more…) (read more...)