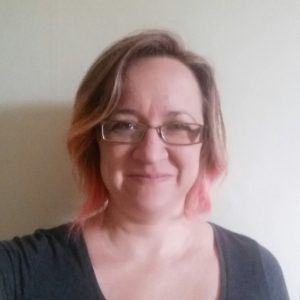 I am a speech and language therapist researcher, based at City, University of London, UK. My research focuses on aphasia and technology - generally seeking to explore and address very practical implementations of technology which aim to rehabilitate and empower people living with aphasia.

View all of Abi's posts on Platypus: The CASTAC Blog.

How to Book an Appointment Online when you have Aphasia

I’m meeting a fellow speech therapist researcher at a weekly drop-in session for people with aphasia when Markus* comes in, brandishing an envelope.  “I went!” he exclaims. Markus has just arrived fresh from a visit to the head office of one of his home utility providers. He has taken matters into his own hands after coming up against a technological obstacle.  Markus regaled to us his story using an effective combination of short spoken utterances, gesture, a written note and an established communication dynamic with my fellow speech therapist.  I want to share with you his story to discuss the issue of technology and aphasia. Markus had received a letter telling him that his boiler (the British term for a home water-heating system) needed to be serviced.  The letter instructed him to call or go online to make an appointment.  Due to his aphasia, however, Markus had found himself unable to fulfill this request.  It has been several years since Markus’s his stroke, and - whilst his physical symptoms have largely been restored - words often still evade him.  The aphasia Markus developed because of his stroke has impacted his (previously typical) ability to use language.  This makes it difficult to say the things he wants to say and to write the things he wants to write.  It also makes it more difficult to extract meaning from the spoken utterances and written sentences of others.  With time, and in person, however, Markus can usually get his message across.  However, requests (more...)